Who Are Those Composers? ~ John Ireson 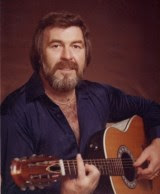 John Ireson was born in the mountains of North Carolina on September 24th, 1937. His love for music and people animated everything he did. His first years were spent in Smethport, a small village in Ashe County. When he was twelve, his family moved to the piedmont where he graduated from Jonesville High School in 1955. He attended Lees-McRae College, graduating in 1959 with a degree in Liberal Arts. He studied music for one year at Montreat College, preparing for admission to Westminster Choir College in Princeton, New Jersey. During the summer of 1961 he performed at The Stephen Foster Story in Bardstown, Kentucky. The following summer, he wrote the music for a new outdoor drama in Harrodsburg, Kentucky called "Home is the Hunter", and performed there. After graduating from Westminster, John teamed up with Vearl "Skeets" Pennington and Weyman Parham (two friends from the Stephen Foster Story) and formed a folk trio called The Hunters. They began their professional career on the road singing for then Governor Nelson Rockefeller in his campaign for President of The United States. After working with Rockefeller, the Hunters returned to New York City where they performed for a record breaking eight weeks at Radio City Music Hall. John lived in Italy during the late 1960s and early 1970s, performing in Florence and Rome as well as working in the Italian film industry as ‘The Wilder Brothers’, composing the score for the film “The Cold Killer” (Uccivedo a freddo) and music for ‘Western, Italian Style’, an American television documentary about Italian westerns.

On leaving Italy in the mid-1970s he returned to New York and the clubs he'd performed in during the sixties, but it wasn't the same. When Vearl Pennington invited him to play at the Ramada Inn on North Broadway in Lexington, Kentucky, he felt the pull of a place that reminded him of his roots, and knew it was time to leave. He remained in Lexington for the rest of his life, marrying Carol Lutz in 1976. He would perform on just about every stage available in Central Kentucky, from benefit concerts for the Nathaniel Mission to hotel ballrooms and lounges, years of July Fourth and St. Patrick's day parades with the Sons of The Prairie Dogs on the County Attorney's float and annual performances with the Lexington Philharmonic Picnic at the Pops, once even writing the lyrics to an Elvis song with a black sharpie on the tops of his white dress shoes. He worked in local television, hosting a TV western movie show on WKYT where he played a grizzled prospector whose sidekick was a moving, hopping burlap sack with Lexington musician Tom Jordan inside. He wrote and produced countless jingles and scores for local and national clients, including General Electric, Kentucky Fried Chicken, Ale-8-One and Sam Cummins Chevrolet. He recorded an album of original songs, John Ireson in Lexington, and his song "I Always Wanted to Sing at Renfro Valley," was covered by the Osborne Brothers.

He was a sought-after vocal coach, his students including several Miss Kentuckys and Miss America Finalists. John was a dedicated church musician, singing in choirs at Southern Hills and St. Andrew's Methodist churches, eventually directing the choir at St. Andrew's (now All Nations). Every Christmas, musicians and singers from all over town would meet at his and Carol's home on South Hanover before caroling through their neighborhood. Everyone who performed with him felt the presence of someone gifted and generous. No one who heard him will forget him.