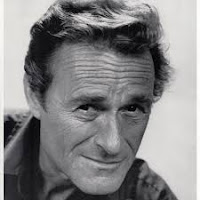 RIP Dick Miller. Dick Miller, a prolific screen actor best known for his role as Murray Futterman in the 1984 classic horror film “Gremlins,” has died at his home in Toluca Lake, California on January 30, 2019. He was 90. Born in the Bronx, New York on Christmas day 1928, his career spanned more than 60 years, Miller made hundreds of on screen appearances, beginning in the 1950s with legendary director and producer Roger Corman. It was then that he starred as Walter Paisley – a character the actor would reprise throughout his career – in the cult classic “A Bucket of Blood,” before going on to land roles on projects such as “The ‘Burbs,” “Fame” and “The Terminator.” Dick wrote the story for the Euro-western “Four Rode Out” (1970) directed by John Peyser it starred Sue Lyon and Pernell Roberts.