Who Are Those Guys? ~ Walter Chiari 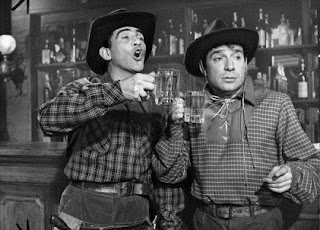 Walter Annichiarico was born in Verona, Veneto, Italy on March 8, 1924. His family was originally from Apulia his father Carmelo Annicchiarico, a police officer, and his mother Enza, an elementary teacher. His first job was as a storekeeper at Isotta Fraschini; in that period he began to practice boxing , becoming a Lombard featherweight champion in 1939; he was also a skilled tennis player and a Lombard champion even in bowling, a sport that he abandoned following fractures in his hands, caused by boxing; he also practiced swimming at a competitive level, winning the championships promoted by GIL in the 100 meters freestyle . During World War II he joined the Decima Flottiglia MAS, created by the Fascist regime, and then the Wehrmacht. As Walter Chiari he achieved a certain degree of international success in films such as “The Little Hut” (1957), “Bonjour Tristesse” (1958), “Chimes at Midnight” (1966), and “The Valachi Papers” (1972). He appeared opposite Anna Magnani in Luchino Visconti's film “Bellissima” (1951).

In the late 1950s and 1960s he was one of the main protagonists of the "Dolce Vita", the glitzy and glamorous Italian jet-set scene, centered in Rome and especially focused on the booming cinema industry with which he was so at ease.

Unlike many Italian actors of the time he had a full and fluent command of English that he put to good use in his Broadway spell, which in 1961 saw him performing in “The Gay Life” (a musical comedy inspired by a Schnitzler piece) for 113 shows.

He starred in “They're a Weird Mob” (1966), the last of the Powell and Pressburger films, based on a popular Australian novel by John O'Grady. He also appeared in the Australian film “Squeeze a Flower” in 1970.

In 1970 he was arrested and jailed in Rome on suspicion of cocaine possession and trafficking, with 70 days passing before he was bailed. Despite being known in show business as a cocaine user, Chiari enjoyed for years the de facto impunity often accorded to members of his trade (provided he kept his addiction private). The willingness of authorities to prosecute him, mounting a nationwide scandal, was seen by some as an attempt to distract public opinion from the fruitless search for the culprits of the Piazza Fontana bombing, which precipitated in Italy and caused much fear.

After his release and partial acquittal (he was deemed not guilty of the trafficking count and received a lenient sentence for the charge of drug possession for personal use) his career never recovered. The Italian state television was off-limits for him, and all he could aspire to were bit parts in low-key comedies and local television appearances, such as on Antenna 3 Lombardia. He concentrated on theatre as a way of stopping the downward spiral and, while never regaining his former fame, he gave some brilliant performances in plays such as Sheridan's “The Critic”, Marc Terrier's “Six heures plus tard” and Beckett's “Endgame”.

He is the father of the television host Simone Annicchiarico, born from the union with the actress Alida Chelli [1943-2012].

Chiari died of a sudden heart attack in Milan, at his home, on December 21, 1991. On that same day he had undertaken a complete, positive medical check-up. Not showing up at a dinner with a theatre manager where he was to have discussed his involvement in a new production, he was found by his host sitting in an armchair, in front of a television which was on.

Most of Chiari’s Euro-westerns are parodies of the American genre and he was often paired with Italian actor Raimondo Vianello as a comedy duo which preceded the duo Francho & Ciccio.