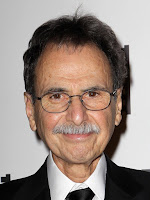 Richard Marks, a four-time Oscar-Nominated film editor, Died on December 31, 2018 at 75. Born on November 10, 1943, in New York City, Marks was nominated along with Walter Murch, Gerald B. Greenberg and Lisa Fruchtman for Francis Ford Coppola's Apocalypse Now (1979) — contracted for six months, he spent three years on that project, much of that time in the Philippines — and for the Brooks classics Terms of Endearment (1983), Broadcast News (1987) and As Good as It Gets (1997). He was sound editor on the 1971 Euro-western ‘Doc’ starring Stacy Keach and Faye Dunawway.
Posted by Tom B. at 10:54 AM