We continue our search for film locations for “The Big Gundown”. Brokston tells Corbett he became worried about him when a telegram arrived about his being in jail. He decided to take matters into his own hands and come to Mexico and take care of the operations to find Cuchillo. He’s made his headquarters at a local general’s hacienda. The man wants to be part of Brokston’s railroad deal. 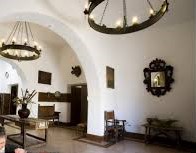 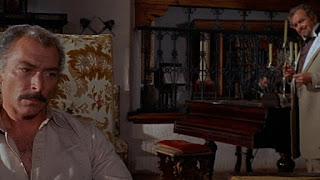