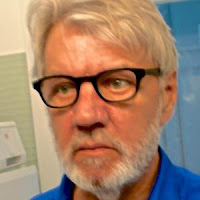 Danish actor Morten Grunwald has died in Hospice Sankt Lukas, in Hellerup, Denmark. He was 83. Grunwald was best known for the films about the Olsen Gang.  But the theater was close also to him. Grunwald slept quietly Wednesday evening after a day's hospitalization at Sankt Lukas hospice.  A long course of cancer had taken place before. Morten Grunwald had won a lot of prizes and participated in more than 50 films, but he was probably most famous for the 14 Olsen Gang films where with yellow socks, a goose's goose and the reply 'Skide goed Egon', Morten Grunwald made himself known to Danes as the ever-optimistic Benny in the Olsen Gang. The 14 'Olsen Gang' film was made for Grunwald from 1968 to 1998. Grunwald appeared as Chuck Cooper in the 1965 Danish TV western film "Wilde West".
Posted by Tom B. at 7:57 AM