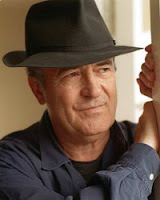 Bernardo Bertolucci, whose epic “The Last Emperor” won nine Oscars and who influenced generations of filmmakers with other groundbreaking works such as “The Conformist” and “Last Tango in Paris,” in which he explored politics and sexuality through personal storytelling and audacious camera work, has died. He was 77. Bertolucci died at his home in Rome at 7 a.m. November 26, 2018. He had been suffering from cancer. Born March 16, 1941, into a wealthy family in the northern Italian city of Parma, Bertolucci was a prodigious talent from a young age. The son of well-known poet and writer Attilio Bertolucci, he himself won an award for poetry at age 21, then decided to become a filmmaker. He was co-writer of the main story for “Once Upon a Time in the West” which celebrates its 50th Anniversary in December.
Posted by Tom B. at 6:45 AM