We continue our search for film locations for “The Big Gundown”. After Corbett is released from his Mexican jail cell by Captain Segura he is tired and broke. He walks to the center of town where a Festival of the Dead is being celebrated. He’s very hungry and even thinks of stealing some bread but he can’t.m We hear the baron’s voice asking if he can buy it for him. Just then Brokston steps out of a coach and tells the baron to ask Corbett, “Where the hell he’s been?”. In the coach waits his family and he tells Corbett he was about to give up on him. The beaten lawman returns to with Brokston to a local villa. 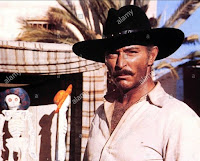 This scene was filmed in the town of Vera, Almeria, Spain. 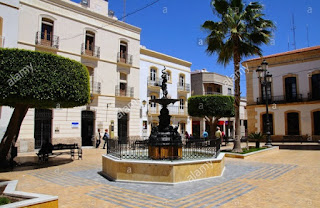