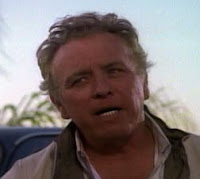 Tony Epper, an actor, stuntman and stunt coordinator, died July 20 at home in Idaho after a long fighter with cancer. He was 73.

His film credits as an actor include Sydney Pollack's "The Scalphunters," "Valdez Is Coming," "Lawman" Mark Rydell's "The Cowboys," "Cutter's Way," "The Beastmaster," "The Hitcher," "Christmas Vacation" and Warren Beatty's "Dick Tracy."

Epper also worked steadily in television, first appearing in an episode of "Bachelor Father" in 1958 and racking up guest roles in series including "I Spy," "The Green Hornet," "Daniel Boone," "Batman," "Gunsmoke," "Kung Fu," "The Six Million Dollar Man," "The Rockford Files," "Charlie's Angels," "The A-Team" and "MacGyver." He last appeared in 1996 in an episode of "Star Trek: Deep Space Nine" as a drunken Klingon.

John Anthony Epper was born in Los Angeles on October 1, 1938, the son of actor-stuntman John Epper [1906-1992]. He did his first Hollywood work as an actor and stuntman in the early 1950s, appearing uncredited in the films "Carbine Williams," "The Story of Will Rogers" and "Ma and Pa Kettle at Home."

He was credited as second unit director on the Abel Ferrara-helmed 1986 telepic "The Gladiator."

Epper is survived by his wife, Donna; two sons, Danny, an actor and stuntman, and Roger; a daughter; two step-daughters and a variety of other Epper family members who work in the business, including his sister Jeannie Epper.