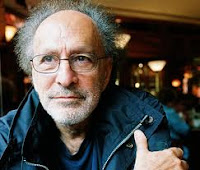 Today we celebrate Monte Hellman’s 80th birthday. Monte Himmelbaum was born on July 12, 1932 in Brooklyn, New York. After studying film at UCLA, Hellman became an assistant to producer/director Roger Corman. He debuted as a director under the name Monte Hellman with the 1959 low-budget horror tale “The Beast from the Haunted Cave”, produced by Corman's brother Gene. In the early 1960s he shot footage for Roger Corman's “Creature from the Haunted Sea” and “The Terror”, starring Jack Nicholson. Hellman and Nicholson went on to make “Back Door to Hell” and “Flight to Fury” (both 1964), and the memorable westerns “Ride in the Whirlwind” (1965) and “The Shooting” (1966). In the 1970s Hellman directed a trio of offbeat and impressive films starring Warren Oates: the road tale “Two-Lane Blacktop” (1971), the controversial “Cockfighter” (1974), and his only Euro-western “China 9 Liberty 37” (1978). His recent work has been more sporadic, but includes the dark swashbuckler “Iguana” (1988) and the slasher film “Silent Night Deadly Night III: Better Watch Out” (1989). Hellman was also commissioned to direct a prologue to the CBS TV premier showing of Serg io Leone’s “Fistful of Dollar” (1977).