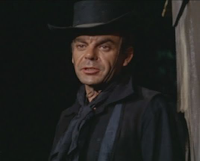 Francisco Moran Ruiz, better known as Paco Morán, died on Monday July 23, 2012 in Barcelona, Spain. He was 81 years old as reported by the Ministry of Culture of the Generalitat. Moran died from a pulmonary emphysema at the Clinica del Pilar of Barcelona.

Moran, was born in Almodóvar del Río, Cordoba, Andalucia, Spain on November 9, 1930. He ​​joined the Conservatory of Music and Declamation of Cordoba at the age of 17, where he studied drama , and later co-founded the Spanish Theatre University along with other peers, which performed works by renowned artists worldwide.

In 1957, he was a stage announcer at Radio Cordoba and then moved to Madrid and joined the players box National Radio of Spain and WIN Spanish Television, where he starred in more than 2,500 programs. But theater was his vocation and where he loved to perform.

In the 70′s he moved to Barcelona, ​​where he enjoyed great success in winning plays for the Catalan public with representation from 1994 to 1999 in "The Odd Couple," by Neil Simon, with the actress Joan Pera. He was also highlighted in other plays such as “Every Sheep with Their Partner” (1973), “Semicolon” (1987) and “The Cage of Flies” (2002).

Moran made over 75 film and TV appearances among them five Euro-westerns from “Torrejón City” in 1962 to “A Man, a Colt” in 1967. Paco was also a voice dubber and  was the Spanish voice of Aldo Sambrell in "A Train for Durango" (1969).