Who are Those Guys? - Dominic Barto 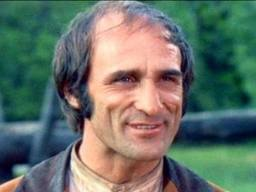 Dominic Barto was born on December 20, 1930 in Pennsylvania. Before entering films he was a professional boxer. Barto entered films in 1969 with an appearance in "Stiletto". His agent was Jack Palance’s brother and advised Dominic to try his luck in European films as that was where the action was. With his very pronounced facial features, he was an excellent villain in Italian crime and western films. Dominic appeared in several Euro-westerns with friend Terence Hill. including the TV series "Lucky Luke". He also is remembered for his appearance in "Rocky IV" as a Russian policeman. Thanks to his acting skills he could easily transform from drama to comedy (such as the bounty killer Mortimer in "Trinity" to bums, or William Dalton, in the TV series "Lucky Luke") obtaining an extraordinary comic edge dictated by the paradox of the opposing characteristics. In the mid 1990s Dominic retired and moved to the Far East.