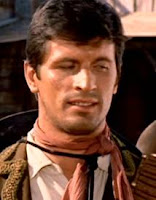 Gianni Brezza the husband of Loretta Goggi has died.

Gianni Brezza was a dancer, choreographer, director and actor. He was 68 years-old. Brezza died Tuesday April 5, 2011 in Rome after a long illness. Gianni was a dancer, choreographer, director and actor. He was the husband of actress, singer Loretta Goggi. Brezza was born in La Spezia, Italy on November 9, 1942, he moved to Rome where he had started a business in the sixties. He became the first dancer in the corps de ballet of RAI, he worked in main programs of Viale Mazzini of the sixties and seventies, including ‘Canzonissima’, ‘Studio One’ and ‘Milleluci’. Subsequently, he was a choreographer, director and actor alongside Rita Pavone. After leaving the profession as a dancer, he dedicated himself to directing theatrical and television projects in collaboration with Loretta Goggi, whom he married in 2008 after a thirty-year relationship. Goggi recently described their relationship with these words: "John and I are like Sandra and Raymond in life, with the humor and desire to have fun." Lately, due to the illness of her husband, Goggi had cancelled her tour, including the one in Roman. Brezza appered in two Euro-westerns: "Viva Django" (1968) and "Here We Go Again, Eh Providence?" (1973).
Posted by Tom B. at 12:27 PM