Who Are Those Gals? - Jill Banner 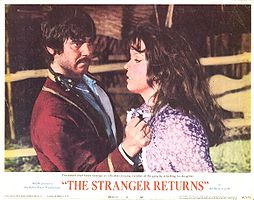 Jill Banner was born Mary Kathryn Molumby on November 8, 1946 in Bremerton, Washington. Her father died in 1949 and she and her mother moved to South Dakota and later Iowa to live with relatives before finally moving to the Los Angeles suburb of Glendale, California.

She attended the Hollywood Professional School which was a school which offered jobs in the performing arts. Audition Calls were held instead of assemblies where students showcased their talents aspiring to be actors, dancers and singers. Some of Banner’s classmates included Peggy Lipton (‘Mod Squad’), Carl Wilson of the Beach Boys and Cubby O’Brien of the Mouseketeers. Jill graduated in 1964.

Jill made her screen debut in 1964's “Spider Baby” but because of litigation the film was not released until 1968. During this time she went on to appear in “Deadlier Than the Male” (1966) with Nigel Green, “The President’s Analyst (1967) with James Coburn and “Hunters Are For Killing” (1970) with Burt Reynolds. She also appeared in several episodes of TV’s “Dragnet”, “Adam 12", “Cade’s County” and “The Bold Ones”.

Jill appeared in only one Euro-western as Caroline, the daughter of postal employee Good Jim played by Daniele Vargas and starring Tony Anthony in “The Stranger Returns” (1967).

In 1976 Jill abandoned her film career and moved to New Mexico to work in real estate. In 1980 she returned to Los Angeles to work with Yul Brynner, whom she had met in 1980 through Christian Marquand, while filming “Candy” with Ringo Starr. On August 7, 1982 her truck was struck by a drunk driver on the Ventura Freeway in North Hollywood, California. Not wearing a seatbelt, she was thrown from the truck and died from her injuries. She was only 35 years-old..