Been rewatching the old The Andy Griffith Show patiently waiting for the Lee Van Cleef episode to be played.

The other morning it was shown and proved to be worth the wait.

The episode was called "Banjo-Playing Deputy” and was the last b&w episode of Season 5.

The following Season was in color.

Van Cleef was only in one scene, as part of a pair of purse-snatchers arrested by the town's new deputy, and Lee had at best two lines of dialogue. The other thief was played by French-born Robert Carricart, who later did "Land Raiders" & "Villa Rides" in Spain. One wonders if he and Van Cleef later ran into each other in Madrid on their days off. 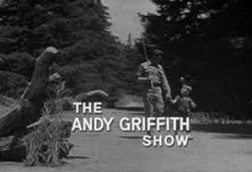 Don Knotts had left the show a couple of weeks before, and they had Jerry Van Dyck replace him as the new deputy. Knotts last official episode was "Opie Flunks Arithmetic" from April 19, 1965, and was credited, but didn't appear in the final two stanzas of that Season.

Interestingly, the two Vans (Dyke & Cleef) must have struck up a friendship on the Griffith show, as they worked together again on Jerry's TV new sitcom "My Mother the Car" (1965-66), where Jerry starred.

The episode "Burned at the Steak" (October 12, 1965), was the fifth of thirty storylines in Van Dyck's short lived series. The episode was most likely shot in late Summer (the lead-in being about six weeks), following Van Cleef's time in Europe (April-June), making "For a Few Dollars More", his first of many Spaghetti westerns. Before returning to Italy for his second Leone oater, "The Good, The Bad and the Ugly", he did episodes of  "Branded" (February), "Laredo" (March) and "Gunsmoke" (April), all 1966.

It would be a couple of decades before Mr. Van Cleef returned to the rigors of weekly TV work on 1983's  "The Master", which ran from January to August, 1984, as the title character.