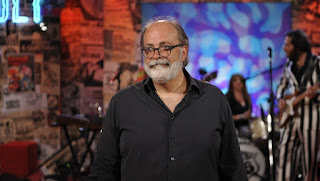 It goes to Marco Giusti and his “Stracult ” film journalism who, thanks to his broadcasts, but not only, has turned the 2022 ' Lello Bersani Award ' 2022 into a spotlight on popular successful authors and cinema, which have never been celebrated and forgotten .

It is a tribute from the Film Journalists in collaboration with the BAFF, the Busto Arsizio Festival, an award that for seven years has underlined with the Festival directed by Steve Della Casa and Paola Poli the professionalism and commitment of those who have chosen to tell cinema with a hint of costume and in some cases a real 'rehabilitation' not only of genres but of films that are often underestimated or ignored despite the popularity of their performers and the great success 'on the tape'.

It will be delivered tomorrow evening, Saturday April 9, on the stage of the last evening of the festival, in a meeting with Marco Giusti who, with Steve Della Casa and Laura Delli Colli, President of the Italian Film Journalists (SNGCI), will once again celebrate much of that cinema between anecdotes, memories and testimonies.