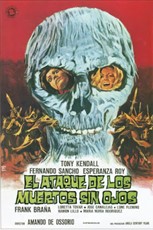 V5: How was LA NOCHE DEL TERROR CIEGO received by Spanish audiences and critics at that time?

LF: The film was well received in Spain but nothing like it was all over the world. In Germany that year it was a number one hit, as it was in many other countries. Here in Spain it has since become a cult film. The 29th of this month I am going to a Festival in La Coruña, Amando's home town. They are doing a special Festival for him and I am going to receive an award as well.

V5: How was your experience working for director Amando de Ossorio on both this film and its sequel EL ATAQUES DE LOS MUERTOS SIN OJOS (THE ATTACK OF THE BLIND DEAD)?

LF: Working with Amando in NIGHT OF THE BLIND TERROR was a little different from the second film because of the hard work involved with the Templars. Amando put all his energies into directing the many scenes with them. It was a very hard job. But he was easygoing directing the actors. He came with his fantastic drawings to show us what he wanted. Amando was tireless. We all loved to work with him in this film. Most of it was shot in a small village near Setubal, Portugal. There was this marvelous half ruins of a monastery.

LF: Her role was much too thin for such a good actress. Esperanza has always been a great friend to me ever since I first started in the cinema. As for me, my part was much smaller from the first picture. The result wasn't as good as LA NOCHE DEL TERROR CIEGO. I did like my death scene, though (laughs)!

V5: You worked with Ossorio again on LA ENDEMONIADA (DEMON WITCH CHILD [1975]). How was working on this picture compared to the BLIND DEAD films?

LF: LA ENDEMONIADA, I thought my role was very bland (laughs). There was nothing to hold onto! Everything was built around Marian Salgado, The Witch Child of the title. She did a great job, and it was very hard for her, especially with all the makeup. We became great friends after we finished working on the film, but then I lost track of her. Then, three years ago I found her on Facebook, and have become friends again. She and I work together with Sandra Alberti and Loreta Tovar in the short film, EL ULTIMO GUION (2015;THE LAST SCRIPT); also with Antonio Mayans and a great actor named Jose Linfante. It is directed by a friend of mine, David Garcia. This was his dream to do this and he has finally done it. As for filming LA ENDEMONIADA, there were lots of actors in this one and in a film like that, you go to work and you go home when finished shooting.

V5: You worked with fellow Scream Queen Julia Saly on this film and again on Paul Naschy's EL ULTIMO KAMIKAZE (1984). What was she like to work with and what became of her?

LF: Julia Saly was very kind and easy to work with. I didn't get to know her well on Amando's LA ENDEMONIADA nor EL ULTIMO KAMIKAZE. The second title was the only film I did with Paul Naschy, but we got along fine both times. I don't think I ever had a problem with any actors.

V5: Regarding EL ULTIMO KAMIKAZE, what was it like being directed by Paul Naschy (Jacinto Molina)?

LF: It was a small role, so I really didn't get to know him well. Later I got to know him a little more in Film festivals, along with his wife, Elvira, and son, Sergio Molina. But as far as being directed by Paul Naschy, he always knew what he wanted.

V5: You stopped making movies in the mid 1980s, but your career has had a resurgence in the last couple of years. How did you get interested in making movies again?

LF: Funny enough, I never thought of working in movies again. I never for one second thought I was going to be remembered! So when I got my computer and went onto Facebook, I was very surprised to see I had so many fans all over the world. And then young directors began to ask me if I wanted to play roles again, and so it started. And I have also written some short story for movies--one of which has been shot, although I don't know what happened after the shooting. Next year we will shoot another story of mine, and I have two more waiting. 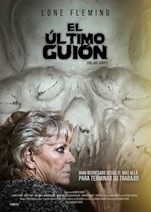 V5: Can you tell me about some of these new projects you're working on including a new BLIND DEAD film and the 2015 remake of Jose Larraz's VAMPYRES (1974) you're starring in with Caroline Munro?

LF: Since I've gotten back into filming I've been working with young Directors; which has been a great experience, as I got to know digital filmmaking. It really is amazing how you can shoot today with a small camera. The first time I did it I was a little nervous. I was used to having a big camera in front of me and lots of lights. But you soon get used to it--you just forget there's a camera (laughs). So now I've worked in short films and documentaries in addition to full-length features.

The first thing I shot when I began working in film again was a documentary by Jose Manuel Cueto called "AGAINST TIME", or CONTRA EL TIEMPO, which almost won a Goya. This was a documentary of interviews with actors from my time. It's very interesting, about how they felt growing older and not working anymore. On the new VAMPYRES (2015), it was very nice to work with Caroline Munro as I knew her the first time from a festival here in Spain 2 or 3 years ago. We got on fantastic, though it was only for a short time on that one. I have worked with Victor Matellano in a documentary, on the motion picture called WAX (2014) and again in VAMPYRES. He has become a good friend. I'm also in a documentary for Luis Esquina called SIMON'S JIGSAW, about film director Juan Piquer Simon. This is presented in Sitges this year. I am working with Cesar del Alamo on my second full-length terror film with him called RENACIDO (THE REBORN). Then a Short film with Angel Gomez titled BEHIND, also with Macarena Gomez, a very good and well known Spanish actress. And lastly, our short film, THE LAST SCRIPT from director David Garcia who has had this dream of the returning of the Templar's. The Templar's costume is just fantastic, too.

V5: Considering your international popularity as a Scream Queen, do you enjoy watching horror movies, and if so do you have any favorites?

LF: Funny enough, my favorite horror film is ALIEN. For a long time I didn't want to see it. But one day I saw the first film and I got totally hooked! Over the course of three days I saw the rest. I just couldn't stop. Also I love the Dracula with Frank Langella from 1979. I thought it was a beautiful film.

V5: Considering your international popularity as a Scream Queen, do you enjoy watching horror movies, and if so do you have any favorites?

LF: Funny enough, my favorite horror film is ALIEN. For a long time I didn't want to see it. But one day I saw the first film and I got totally hooked! Over the course of three days I saw the rest. I just couldn't stop. Also I love the Dracula with Frank Langella from 1979. I thought it was a beautiful film. 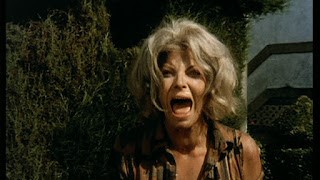 V5: Throughout your film career you've done other types of films besides horror. Out of everything you've done thus far, is there one picture you're especially proud of and why?

LF: Films I am proud to have done..... NIGHT OF BLIND TERROR, of course. My Mexican role in Eugenio's western, EL HOMBRE DE RIO MALO.... and also one of the first roles I did as a Spanish woman in a Comedy called PIERNAS CRECIENTES FALDAS MENGUANTE; this was a very good role for me where I was playing a young girl who married a count.

V5: Last question, what is the one thing you'd like to be remembered for--film related or otherwise?

LF: I would like to be remembered for myself, the person I am.

I would like to once again thank Mrs. Fleming for participating in this interview and being so kind as to devote a lot of her time to answering my questions. She has her own website that includes her current projects, which you can find by clicking HERE.