Spaghetti Western Location ~ “The White, the Yellow, the Black”

In this scene from “The White, the Yellow, the Black” (1974) we see Tomas Milian, Giuliano Gemma and Eli Wallach on their search for the lost pony. 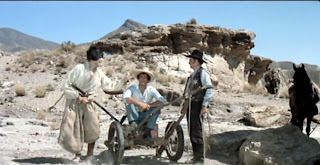 This scene was filmed at the famous outcropping in the Otero Rambla where Blondie and Tuco split the reward money after the first hanging in "The Good, the Bad and the Ugly". This outcropping was recently partially destroyed when heavy rains washed the left side down into the rambla. 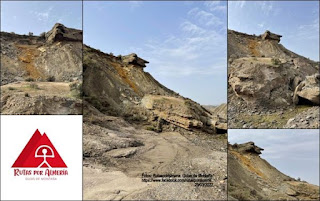