Who Are Those Composers ~ Franco Micalizzi 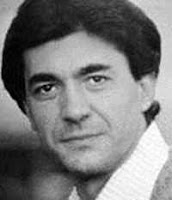 Franco Micalizzi was born in Rome, Lazio, Italy on December 21, 1939. He is an Italian composer and conductor, best known for his scores in Poliziotteschi films.

His first found success was for his film score of the Spaghetti western “They Call Me Trinity”, in 1970. Previously he collaborated on composing with Roberto Pregadio on the famous whistled western score for the 1969 film “Il Pistolero dell'Ave Maria” (The Forgotten Pistolero). His main theme for the 1976 poliziottesco film “A Special Cop in Action” was used on the soundtrack of Quentin Tarantino's “Django Unchained”. His other scores include “The Last Snows of Spring”, “Beyond the Door” and “The Last Hunter”. He often worked with director Umberto Lenzi, scoring his movies “Syndicate Sadists”, “Rome Armed to the Teeth”, “Violent Naples”, “The Cynic the Rat and the Fist”, “Brothers Till We Die”, “The Greatest Battle”, “From Corleone to Brooklyn”, “Black Demons” and “Mean Tricks”.

In 1984 he founded the group "The Micalizzi Family" with his sons Cristiano and Alessandro.