The Real Actors Leonardo DiCaprio’s Rick Dalton Is Based On

In Once Upon a Time in Hollywood, DiCaprio's Dalton is known for starring in a fictional Western series called Bounty Law. By 1969, he lands steady acting gigs but remains skeptical of change, whether it’s personal or cultural. Meanwhile, Rick’s longtime stuntman, Cliff Booth (Brad Pitt), similarly tries to stay one step ahead. In Italy, Rick reignites his career as a Spaghetti Western star, only to find trouble back in Hollywood when members of the Manson Family decide to kill the Bounty Law actor who introduced them to violence as children.

On the Pure Cinema Podcast, Tarantino spoke extensively about the real-life inspirations for Once Upon a Time in Hollywood's Rick Dalton. Here are the most relevant names. 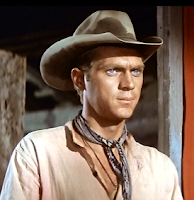 In the ‘50s, McQueen worked as James Dean’s Hollywood mechanic. By 1955, he landed a guest spot on Goodyear Television Playhouse, just months before Dean tragically passed away in a car accident at age 24. McQueen’s big break came via the Western television series Wanted Dead or Alive. From 1958 to 1961, he portrayed the main character, Josh Randall.

Tarantino partially based Rick Dalton on McQueen’s Josh Randall. For dramatic purposes in Once Upon a Time in Hollywood, McQueen’s feature film success is used to underline Rick’s internal angst. Whereas the real-life actor successfully transitioned from television to the big screen, DiCaprio’s character fails for one reason or another. Once Upon a Time in Hollywood includes a flashback sequence that implies Rick nearly starred in The Great Escape, the film that elevated McQueen to the next level. In real life, McQueen planned to visit actress Sharon Tate on the night of her murder. 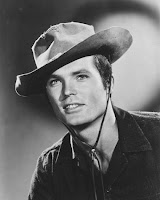 Described as “a poor man’s Steve McQueen” by Tarantino, Hardin starred in the Western series Bronco from 1958 to 1962. Like Rick Dalton, his feature film career never took off in the United States, so he traveled to Italy to star in Spaghetti Westerns. Tarantino stated that “Hardin is a perfect example of a Rick Dalton kind of guy.” During Once Upon a Time in Hollywood’s “Operazione Dyn-o-Mite!” sequence, featuring an Italian spy film starring Rick Dalton, Tarantino uses footage from Hardin’s 1967 film Moving Target, directed by Sergio Corbucci. 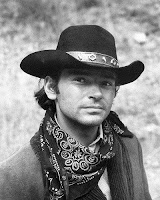 Duel starred in the ABC Western series Alias Smith and Jones. But on New Year’s Eve 1971, he took his own life at age 31. During a Vanity Fair interview, Tarantino remembers Duel as “the coolest guy on television,” and also recalls being surprised as a kid to learn about the actor’s suicide. After researching Duel, Tarantino discovered that the TV star had "a bit of a drinking problem,” and that he was “undiagnosed bipolar.” 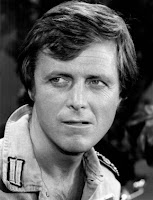 During Once Upon a Time in Hollywood’s climax, Rick Dalton uses a flamethrower from the fictional movie The 14 Fists of McClusky. Tarantino has noted that it’s a reference to Edd Byrnes' 1964 film The Secret Invasion - another “jumping off point" for the Rick Dalton character sketch. Now 86 years old, Byrnes maintained a steady career throughout the ‘60s, and portrayed Chattanooga Jim in the 1968 Spaghetti Western Red Blood, Yellow Gold, a film with a title that’s similar to Rick Dalton’s Red Blood, Red Skin. By the ‘70s, Byrnes mostly disappeared from the spotlight, though he did portray Vince Fontaine in the 1978 classic Grease.

According to Tarantino, actors such as George Maharis, Tab Hunter, and Fabian Forte also influenced the character portrait for Once Upon a Time in Hollywood’s Rick Dalton, though they perhaps didn't have as much of an influence as the above four.
Posted by Tom B. at 6:21 AM