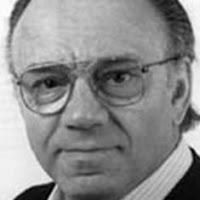 Jacques Deschamps was born in Montpellier, France on August 14, 1931in Montpellier, Hérault, France, He specialized in dubbing and was the French voice of Clint Eastwood in his early Westerns, the ‘Dollar Trilogy’ of Sergio Leone and that of Franco Nero in “Django” and  Lee Van Cleef in “The Big Gundown”. Deschamps was also the voice of Robert Stack in the TV series ‘The Untouchables’ and several of his films. He was also that of the king in “Cinderella” and King Triton in “The Little Mermaid” from the Disney Studios.