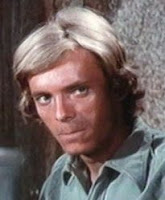 Italian acrobat, stuntman, actor Roberto Dell’Acqua died in Rome, Italy on September 16, 2019. He was 73 years old. Born in Rome, Italy on April 16, 1946 into a family of circus people he worked as an acrobat along with his older brothers and later transformed this talent into a career as a stuntman in films and television. He also appeared as a supporting actor in over 60 films. Sometimes billed as Robert Stevenson and Leo Widmark he appeared in over 20 Euro-westerns from “Killer Caliber .32” in 1967 to  “Buck at the Edge of Heaven” in 1991. The Italian film industry put his natural talents as an acrobat to good us as Robert was usually seen as a saloon and barroom brawler, while playing henchmen soldiers and deputies in most of the westerns he appeared.  Some of his better known Euro-westerns included “Boot Hill” (1969), “Have a Nice Funeral My Friend” (1970); “Trinity is STILL My Name” (1971); “Shanghai Joe” (1973); “The Son of Zorro” (1973); “Keoma” (1975) and “Buddy Goes West”.