Who Are Those Guys? ~ John Clark 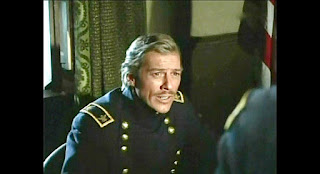 John Clark was born in New Jersey on January 18, 1933 in New Jersey. He was an American actor who had minor roles in mainly western films.

Clark He was a decorated war hero who received a Silver Star and Purple Heart for multiple acts of courage saving the lives of many in Korea while serving in the Marine Corps.

His first film appearance was an uncredited role in 1957’s “Not of This Earth”. Clark would later make another uncredited appearance in 1964’s “The Thin Red Line” and in 1965’s “Battle of the Bulge” in which fellow Euro-western actors Henry Fonda, Robert Shaw, Robert Ryan, George Montgomery, Pier Angeli, Charles Bronson, Telly Savalas, Pier Angeli, Karl-Otto Alberty, Robert Woods and Steve Rowland also appeared. He then had an extensive run in Spaghetti westerns in the late 1960s and early 1970s. In 1968 he had a minor role as Hockett in the British western film of that year, “Shalako”, starring Sean Connery and Brigitte Bardot. In 1970, Clark had a role as a prison captain in John Guillermin's Spaghetti western picture “El Condor”, opposite Jim Brown, Lee Van Cleef, and Patrick O'Neal. The film, like most of his other films of this period, was shot on location in Almería, Spain. Other credits in westerns include “A Town Called Hell”, “Cannon for Cordoba”, “Captain Apache”, “Catlow”, “Custer of the West”, “Four Rode Out”, “The Tall Women”, “Patton” and “The Desperados”. His last film appearance was in 1976’s “Holy Year”.

After retiring he moved to St. Augustine, Florida with his wife Martha, where continued to entertain tourists as a conductor on The Red Train through St. Augustine, sharing its history and culture, the bus bobbing and weaving from people laughing at his stories.