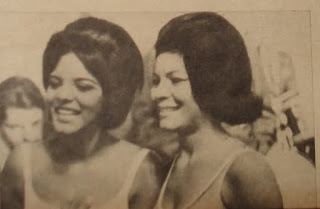 A competitor in Brazil’s 1964 Renaissance Club’s beauty contest (the winner would go on to the Miss Brazil Beauty Contest) was Esmeralda Barros, who had a huge local presence, a beautiful body and great stage performance because she had already worked in some stage shows, etc. But she ended up not winning. Because the Esmeralda had a gorgeous body and respectable looks, she entered the contest on the basis of "I already won", "I'm the good one ...", "there's no one else", and the public noticed that, the jury also and I I think she lost it. Many think it was more because of her professional ties to show business. In spite of the loss she was offered several film roles in Brazil and Italy. She decided to move to Italy and made over 30 films during her career before returning to Brazil.