The main building of this resort spa was used as a set in the film “The Savage Guns (1962): and was used as the great hacienda of Fernando Rey, who took possession from Jose Nieto. It also appears in “Pistols Don’t Argue (1964) with Rod Cameron, “Ballad of a Bounty Hunter” (1968) with James Philbrook, “Vengeance” (1968) with Richard Harrison and “A Minute to Pray, a Second to Die” (1968) with Alex Cord (in that film you can also see the other semi-destroyed neighboring buildings). 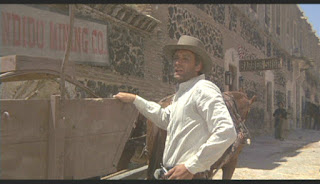 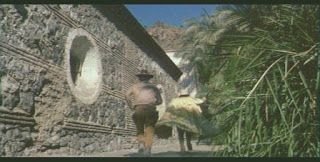