This was a seven volume series with each series devoted to a specific character and their adventures. Some were western characters which I will concentrate on.


Series V was the beginning of the Western series and started with Il Dominatore del West (The Dominator of the West). It was devoted to western adventures with comics and captions designed by Nicolino Del Principe came out with 9 issues in strip format. The texts were written by text by Cesare Sovini and were issued bimonthly. 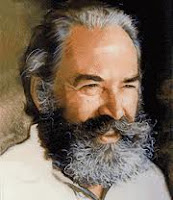 He started out with the realistic 'Il Dominatore del West' at the publishing house Alpe in 1952 (text by Cesare Sovini). He then began a longtime collaboration with the publisher Renato Bianconi. For 40 years, he illustrated such series as 'Nonna Abelarda', 'Soldino', 'Trottolino', 'Papy', 'Birillo', 'Fiordipesco' and 'Luponario', but also Hanna-Barbera's 'Tom & Jerry' and 'Pinocchio'. In the late 1960s, he began drawing erotic comics, such as 'Angelica' and 'Il Camionista'. Del Principe was also present on the French and German markets, with such series as 'Erik il Vikingo', 'Tico Tigre', and 'Nicotina'. He died in Italy on March 28, 2002.
Posted by Tom B. at 6:55 AM