Who Are Those Guys? ~ Angelo Casadei 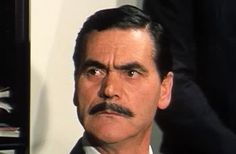 Angelo Casadei is another of those Italian actors who was seen in over 125 films and television series but nothing is known about his background or current whereabouts. His film career began with an uncredited appearance in “Tartar Invasion” in 1961 and his role was an uncredited appearance in Come quando fuori piove’ in 2000. In between Angelo was seen in dramas, comedies, action and adventure films and 17 Euro-westerns. Angelo never has a part in any of the westerns where he had a name. Instead he appeared in background roles as a townsman, saloon, restaurant and casino patrons, soldiers, and cowboys. Always in uncredited roles he was still a huge part of the making of Italian films and his face became recognizable over time to film viewers.

Casadei’s face also popped up several times in the 1960’s, ‘70s and ‘80s in fotoromanzi magazines again in background shots usually as a policeman.