Who Are Those Composers? ~ Luigi Ceccarelli 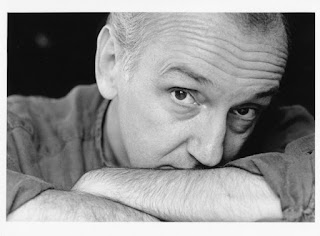 Luigi Ceccarelli was born in Rimini, Emilia-Romagna, Italy on April, 20, 1953. He completed his musical studies in the 1970s at the Gioachino Rossini Conservatory of Pesaro (Italy) where he studied Electronic Music and Composition with Walter Branchi, Giuliano Zosi and Guido Baggiani. His career as a composer began in 1975, and was strongly influenced by digital technology and research into Sound Spatialisation. In addition to his exclusively musical work right from the start he dedicated a significant part of his professional activity to experimental theatre, contemporary dance, cinema and visual arts.

After moving to Rome in 1978 he began to collaborate with the Gruppo di lavoro intercodice - ALTRO (inter-codex work-group), an artistic association led by the painter Achille Perilli, and during this period his contacts with artists in various other disciplines allowed him to develop forms of music that were closely related to the visual arts and the theater. With ALTRO he wrote and performed the music for the performance Abominable A, which was staged at the Palazzo delle Esposizioni in Rome. In 1981 ALTRO became a dance company with the name of AltroTeatro and, with the choreographer Lucia Latour, Ceccarelli wrote and performed the music for the group’s performances until 1994. These included the show Anihccam dedicated to the Futurist artist Fortunato Depero and staged at the Centre Georges Pompidou in Paris, which launched Ceccarelli’s international career.

Luigi helped co-found the “Edison Studio” and since the 1970s he has worked as a composer of music with live electronics. He is interested in all forms of sound, irrespective of genre, and in the relationships between music and the performing arts. His work as a composer has brought him international recognition (Bourges Festival Prizes, UBU Prize - given by Italian theatre critics, Ars Electronica – Linz, MESS Festival Prize in Sarajevo, Special Prize at the BITEF Festival in Belgrade, “Hear” Prize by Hungarian Television, Opus Prize” from the “Conseil de la Musique du Quebec”). His works have been chosen many times for performance at the International Computer Music Conference and   he has written various works for radio produced by the Italian broadcaster RAI and he composed work for theatre with “Teatro delle Albe”, “Fanny & Alexander”, and work for dance with “Wee Dance Company” and Robyn Orlin. Luigi Ceccarelli has held the post of Professor of Electronic Music Conservatory of Music of Latina.