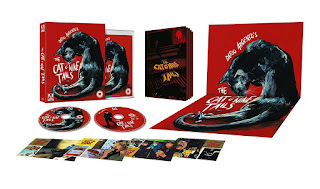 No it’s not a western but one of the extras is an article written by Howard Hughes on Edda Dell'Orso for the booklet which includes her western work with Morricone, called GRACE NOTES: THE VOICE AND MUSIC OF EDDA DELL’ORSO. This should be of interest to Spaghetti western, Morricone and film enthusiasts and collectors everywhere.