Who Are Those Composers? Ubaldo Continiello 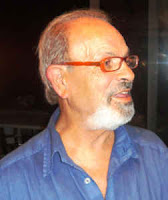 Continiello started his career as a composer of pop songs, for, among others, Tony Del Monaco and Bobby Solo. He then worked extensively in movie soundtracks of genre 'Italian comedy'. Ubaldo began his film career in 1973 with “Il Gatto di Brooklyn, Aspirante Detective” with Franco Franchi for whom he would make seven films. In 1977 he made his most important achievement with “Ultimo Mondo Cannibale” by Ruggero Deodato, and the same for “Cannibal Holocaust”. In 1980 “Macabro” for Lamberto Bava and “Thrauma”. He wrote over 400 songs, including “Il Giocattolo” sung by Gianni Morandi.