Spaghetti Western Trivia ~ Romance on the set of Starblack 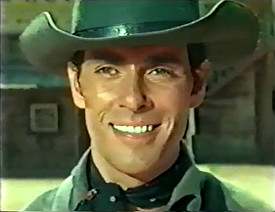 Robert Woods had gotten his start in Spaghetti Westerns the year before with “Five Thousand Dollars on One Ace” and “The Man from Canyon City.” “Starblack is one of four Spaghetti westerns he made in 1966. The leading lady of “Starblack” was beautiful Elga Andersen as Caroline Williams. This marked the only Spaghetti western for Andersen, who started working in films with small roles in 1957 and was the top-billed female in Steve McQueen’s 1971 racing film, “Le Mans”. An on screen romance sparked between Woods and Andersen which carried on for some time off the screen as well. 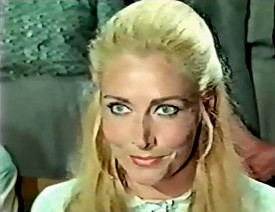