This comic book was published in 12 series. Each series featured the adventures of a different set of characters. The entire series was published on September 7th 1946 and ended October 1, 1956. It was published in Mila, Italy by Leonello Maritini and G. Caregaro for editor ALP.

Series II: RAZZO (ROCK) BILL (8 pages). The character covered in series 2 was RAZZO BILL, a mysteriously disguised knight of the plains who closes the cycle of his face-off adventures. The appendix features "L'uomo del film" by Cesare Solini and Enzo Magni, "Bill Ciak, Cameraman" by Gino Cossio and "The Island of the Lost Seas" by Pini Segna. 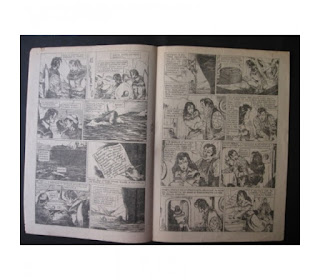