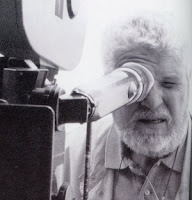 Spanish cinematographer and cameraman Juan Amorós died in Madrid, Spain  on November 16th. He was 80. Born in Barcelona on June 10, 1936, Juan fell in love with the camera at the age of 11. He participated in more than 80 films with his last being “El juego del ahorcado” (The Hangman) in 2008. Amoros was a member of the Association of Cinematographic Photography Authors (AEC) and the Academy of Cinema. His only Euro-western was as cinematographer on 1995’s “The Sons of Trinity”.
Posted by Tom B. at 7:18 AM