Sheriff King was a comic book series of both the twilight years of the rough and bloody western, of Sam Peckinpah and the epic Westerns of John Ford. The great charm of the stories were based on a revisionist Sheriff. The series reproduced in reality a series of a television family set in the Old West, sweetened with dramatic conflicts and minor problems resolved without violence by King and his assistants, "Dandy" Evans (always aware of fashion of Paris) and "Gordo" (obsessed by his body fat). The series also tried to emulate the great sagas of the time like Blueberry or Comanche because Sheriff King was born without the ambitious aim of the Iron Corsaire or other series of Victo Mora.

It soon became a choral work with numerous secondary characters who were sympathetic and of an endearing nature: Mexican Nepomuceno, a peddler who maintains constant dialogue with his donkey, which evoked a similarity with the popular films of Francis Mule; Miss Cynthia, a school teacher in Tolima (village where the action takes place), and aunt Abigail, a courageous elderly woman who took up arms; Celacanthus extravagant PEEF, Jokes Flatsby entrepeneur; the seller of "cure-all" potions Sam, and even the Apache Geronimo as a model of civilization that has little to do with that spirit of revenge who swore eternal hatred of the white man since the Mexican army massacred his family in Janos (Chihuahua ). The friendship between King and Geronimo will become, throughout the series, the conciliator model presented by Mora between native Americans and descendants of the settlers. Sometimes it presents characters that introduce sub-plots within the main story and give rise to gags in the line of the best American comedy (eg Death waits in Crumble City). 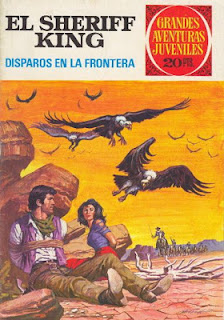 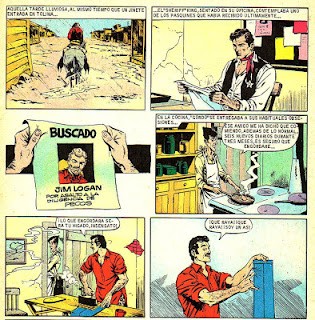 With stories by Victor Mora (using the pseudonym of Victor Alcazar) and drawn with elegance and ease by Francisco Diaz with covers by Antonio Bernal, the series Sheriff King was serialized in 36 issues from 1964 to 1980 and first appeared in the journal Pulgarcito (thirty pages divided into seven issues of four pages, and a final eighth issue of two). Later the complete adventures were collected within the generic collection Great Adventures Juveniles, shared with primarily Iron Corsaire, but also with Supernova, Roland Fearless, Astroman and Future Dani. Sheriff King has not been reissued until recently, when Ediciones B collected some adventures of the series in just two volumes.

Victor Mora (aka Victor Alcazar)
Victor Mora Pujadas born in Spain on June 6, 1931 and was one of the most prominent Spanish comic writers of the 20th century. He has worked in a variety of genres, from adventure, over fantasy to social satire, and is best-known as the creator of 'El Capitán Trueno'. Born in Barcelona in 1931, the Mora family fled the country and moved to France when he was five years old, because of the Spanish Civil War. He returned to Spain at age 11, after the death of his father. He found employment with Editorial Bruguera as a translator and editor in 1948. He also wrote his first scripts for the comic series 'Dr. Niebla' with art by Francisco Hidalgo for El Campéon (1949-1953), while doing his first and probably only attempt to draw a comic strip himself: 'Capitan Kerr' for the publication Historietas (1949-1950).

Mora and Hidalgo also worked together on the science fiction comic book 'Al Dany' for Editorial Cliper in 1953. It was based on the eponymous series by Italian artist Enrico Bagnoli, that ran in the Spanish magazine El Coyote. Mora brought influences of Franco-Belgian authors like Jean-Michel Charlier and Jijé to his comics, but he was also an admirer of American authors like Milton Caniff, Lee Falk and Alex Raymond. He died in Spain on August 17, 2016. 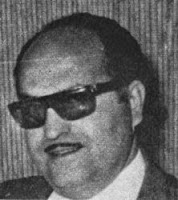 Antonio Bernal Romero was born in 1924, When he was 20 he enrolled in the School of Fine Arts in Barcelona where he graduated. The title he earned as a drawing teacher worked along with humorous illustrations and especially fine covers.

But the covers of his magazines of comic characters as emblematic as Thunder Color, Color Jabato, Joyas Literarias Juveniles, El Hierro and Privateer  and Sheriff King, among others, has allowed him to become more famous " Antonio Bernal Romero died on September 28, 2013.