Teddy Ted was a classic realistic western. A solitary cowboy, loyal to the Triangle 9 ranch, near the imaginary town of Tombstone, faced bandits of all kinds, riding his horse Stormy, backing the venerable sheriff Old Pecos, his friends are Sancho and the young Bronxy, The alcoholic doctor Doc Holways (visibly inspired by a character played by Thomas Mitchell in John Ford's "The Ride") and the Apache, his mysterious and taciturn companion. Later they will be joined by Mamie Bazar, Father Six Shots, Sleep-Out ...

Written by Jacques Kamb and designed by Yves Roy (pseudonym of Francisco Hidalgo ). After three episodes, they "ceded" to writer Roger Lecureux  and artist Gérald Forton who made its 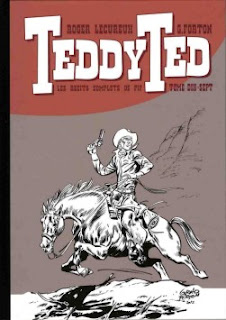 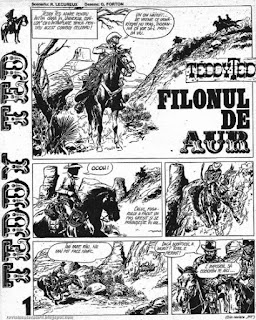 The series was published for thirteen years, first in episodes from the No. 934 of Vaillant 's 7 April 1963 and then complete stories in Pif Gadget to No. 312 (No. 1550) of the 18 April 1975 . The series ended after the hundred and twenty-second episode of the western victim in the Italian style (Western Mysteries). A Small format appeared under this title from the publisher Jeunesse et Vacances which published six issues from February to December 1977 20x27 cm format. 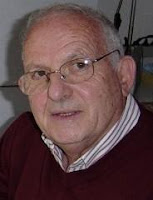 Jacques Kambouchner, alias Jacques Kamb or Kamb, was born on March 2, 1933 in Paris and was a writer of French comics. He died in Paris on the night of 5 to 6 February 2015. He was the uncle of the philosopher Denis Kambouchner. He worked as a cartoonist for publishers such as L'Humanité , La Vie Ouvriere , France Nova , La Vie du Rail. Jacques also worked for such newspapers as Vaillant, 34 Camera, Record and Driver and several others.

He was the writer-creator of the cowboy comic series Teddy Ted in Vaillant. Kamb also designed the futuro-comedy series Zor and Mlouf against 333 for the newspaper Vaillant