WHEN SATAN GRIPS THE COLT 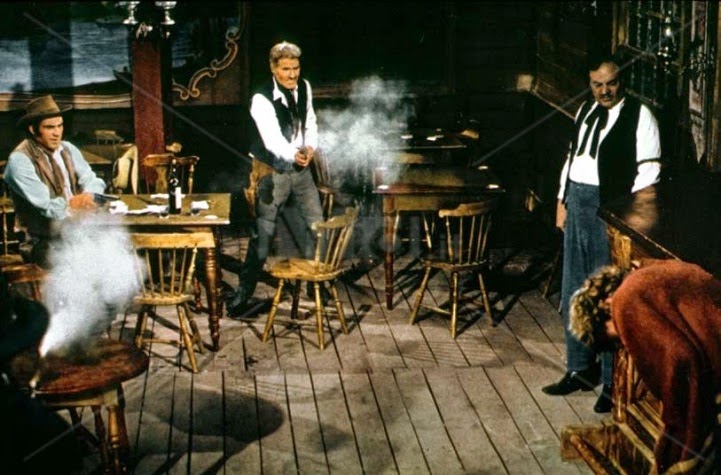 The nightmare of a gunfighter, who killed his father, is always present in the dreams of young Peter who now works as a servant on a "ranch" that owes its existence because of a stream of water whose course is determined by a wealthy neighbor, Johnny. Peter loves Dorothy, the daughter of his master, which instead has been promised to Johnny. As the two young people do not want to continue a life of subterfuge, they get married, but are discovered by the girl's parents and separated. After being flogged Peter is taken and abandoned in the desert where he is saved up by Latimore, a bounty hunter who takes him to an old Chinese, Chang, who shelters and cares for him teaching Peter the art of the gun. Ready for revenge, Peter returns to the farm and one by one kills his opponents until he meets Dorothy who has been reduced to working as a prostitute in the saloon. Peter runs away with her to a quiet place: here they are found by Latimore after the reward on Peter’s head. In the duel, Peter and Latimore kill each other.