Who Are Those Guys? - Silla Bettini 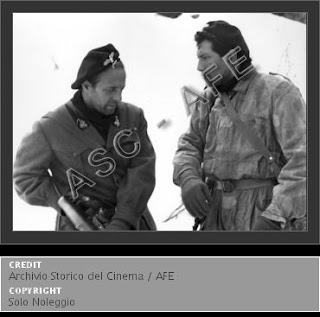 [Silla Bettini is on the left]


Silla Bettini was born in Rome, Lazio, Italy on February 28, 1923. After finishing high school and college, feeling attracted to the world of the show business he started by directing television commercials and some carousels. He became a good friend of Pietro Germi and made his debut as an actor in one of the most interesting films of the director in “The Facts of Murder” (1959), playing the assistant to the Commissioner Orestes Ingravallo and becoming noted for his exquisite adherence to the role, while being a secondary player. Silla Bettini, continue to educate and prepare his interest in the serious films by important directors of value and tenaciously, carves himself a small space in Italian cinema, especially in the 1960s, after a little disappointment in his expectations he abandons all other activities and confines himself in the dark ranks of undervalued characters. Attracted to directing he becomes first an assistant then an assistant director of two good friends, Pietro Germi for “Serafino” (1968), “A Pocketful of  Chestnuts” (1970) and  “Alfredo Alfredo” (1972), and Luigi Comencini for “Italian Secret Service” (1968), “Senza sapere niente di lei” (1969). After “Di mamma non ce n'è una sola” (1974) he disappeared from all artistic activity.

During his short career Bettini appeared in two Euro-westerns: “5 Giants from Texas” (1966) with Guy Madison and “A Minute to Pray, a Second to Die” (1967) with Alex Cord and Robert Ryan.