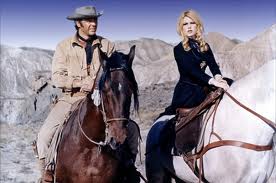 A hunting party composed of European aristocrats is led into Apache territory in 1880 New Mexico by their guide, Bosky Fulton. When a French countess, Irina Lazaar, wanders off by herself, she is confronted by Indians, only to be rescued by Shalako, a former Cavalry officer sent by the Army to guide the party out of Indian land.

The hunting party's leader, Frederick von Hallstadt, refuses to go, which leads to an Apache raid. Their lives are all now in grave danger, but Fulton turns on the rest of the party, making off with their stage coach, ammunition and supplies, as well as Sir Charles Daggett's unfaithful wife, Lady Julia.

Shalako tries to lead the group on foot to an Army fort and safety. The chief's son, Chato, attacks the stagecoach. Lady Julia is killed when the Apache sadistically makes her swallow her jewels. Fulton flees, but when he returns to the others, he is shot dead by Daggett.

Chato catches up to the party but is coaxed into a one-against-one fight with Shalako, using spears. Chato is about to be defeated when his father, the Apache chief, rides up, offering Shalako and the others safe passage if his son's life is spared. Shalako goes off alone, but Countess Irina elects to join him.