Continuing our search for film locations for “Death Rides a Horse”. Ryan confronts banker Walcott in his office and demands $30,000 or he’ll kill him. Walcott buys time by offering him a down payment of $10,000 which Ryan agrees to. He relaxes and sits down in a chair in front of the banker’s desk. The chair is connected to a trap door which Walcott releases and Ryan falls into a basement cavern where he is roughed up by some of Walcott’s henchmen who are also some of the same gang members who were at the Meceita Ranch massacre.

Ryan is tied up and will be used, like before, as a scapegoat when Walcott and his henchmen rob his own bank and will leave Ryan to answer for the theft by the law.

For this scene a Cinecittà soundstage  was used once again. 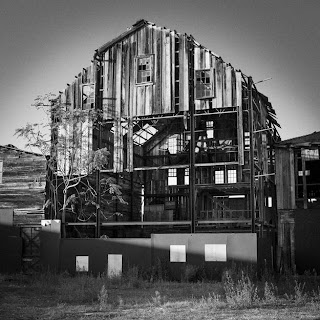