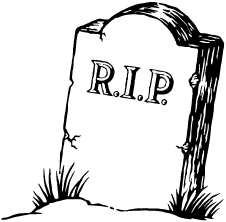 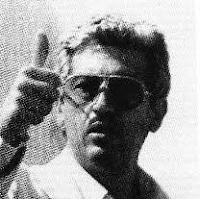 He produced a 100 films a few dozen as a screenwriter. From the 1960s through the 1980s he was very much present in the world of the Italian cinema. Luciano Martino, died today, August 14th, 2013 in Kenya. He would have been 80 on December 22nd. With his brother director Sergio he was involved in a factory of B movie cult films of various genres, from peplum to crime to sex comedies. Titles such as “Milano Trema”, “Giants of Rome” but also a very long list of movies that remain in the minds of many, sexy and itchy in the years when there was no free sex free on the internet and the maximum was the B-side of Nadia Cassini and Edwige Fenech in the shower.

He produced films like “Giovannona coscialunga disonorata con onore'”, “Quel gran pezzo dell'Ubalda”, the long series of the teacher and the soldier, 'Cream Horn' certainly has a place in the history of Italian cinema. He launched many beauties of the time, including Barbara Bouchet, Gloria Guida but especially Edwige Fenech who was then his companion for many years. Towards the mid-80s, when film began to give way to the supermarket, Martino was oriented towards producing the TV drama series such as Turbo or TV movie as a state secret by Giuseppe Ferrara. It was he who in 1987 debuted the then unknown Nicole Kidman whom he chose for the TV movie An Australian in Rome. Luciano - he told his brother Sergio, who was contacted by ANSA - he loved being in Malindi, even though it was plagued by a bad heart. Last night he was fine, except for a low-grade fever, he had dinner with some friends. Then tonight he was suffering from pulmonary edema and died during the flight to Nairobi. Maybe - he concluded he went the way he wanted.''

Edwige Fenech sobbed: “We loved one another so well; it was a life of respect that is gone today. He has been a large part of my life. I am so saddened that I can hardly speak of him now”. Lino Banfi fondly recalls his career and profitability: “To Luciano Martino I owe so much: we have come a long piece of road together, punctuated by more than 40 films he has produced and largely directed by his brother Sergio” . Among the anecdotes, Banfi said: “As a joke from the past thirty years and I and Edwige Fenech, used to say that he should put on the table a picture of us both of the same size: we made you enrich the world of sex comedies. And he answered: It has been well worthwhile. He was right. He has remained a great friendship between us: he was a great man, I love him very much.''

Martino was involved in thirteen Euro-westerns as a producer and screenwriter.