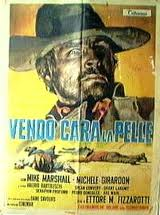 Ralph Magdalena, his brother Dominique and two other men kill old John Shane along with his wife and daughter, in order to steal his mine. A few years later the young Shane, the only survivor returns to avenge his loved ones. He eliminates the two accomplices of the Magdalena brothers, with the help of Stumpy, a man who has his own problem with Ralph. Wounded in the leg, Shane heals with the help of the widow Georgiana Bennett and her son Kristian. Ralph Magdalena, who learns from Stumpy the return of Shane, tries to appeal to the young man by setting a trap and, to be able to strike without risking being shot, he uses Georgiana and Kristian as hostages. Shane, however, manages to kill all the Ralph’s henchmen and liberate Georgiana. Ralph carrying little Kristian, flees and goes to the convent in which lives his brother Dominique, who became a monk for the repentance of the crime he committed. Entrusting him with Kristian he promises to leave the area forever. Shane, however, catches Ralph and kills him. Dominique is shot by his brother and dies. Now Shane, Mrs. Bennett and Kristian will be able to form a new family together.