Who are Those Guys? - Pierre Barouh 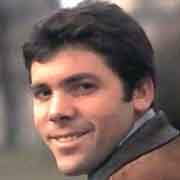 Pierre Élie Barouh is a French writer, composer and singer. Born on February 19, 1934 in Paris, France. Along with his brother and sister he was raised by his parents, who were fabric merchants, in Levallois-Perret until the outbreak of World War II. The children were hidden in Montournais region of Vendée, France. During this time Pierre drew the inspiration for several songs he would later write such as "À bicyclette", "Des ronds dans l'eau", and "Les Filles du dimanche". After the war Pierre worked as a sports journalist and played for the French National volleyball team. He spent time in Portugal and discovered Brazilian songs and music. On his return to France he became familiar with the Brazilian writers and composers of the ‘Bossa Nova’. Pierre turned to acting and appeared in "D'ou viens-tu Johnny?" as the gypsy leader and in Claude Lelouch’s "Une fille et des fusils" (both 1964). He filmed a documentary on the early days of Bossa Nova with Baden Powell de Aquino. In 1966 he took part on the soundtrack and actor in "A Man and a Woman" which won the Palme d’Or at the 1966 Cannes Film Festival. He also married actress Anouk Aimée that same year but the couple divorced in 1969. With his earnings from "A Man and a Woman" he bought a mill by the river of his childhood home in Vendée. He started a recording studio and a record label ‘Saravah’. He discovered several singers such as Jacques Higelin and Brigitte Fontaine. Since then he has spent half of each year in Japan with his wife Atsuko Ushioda where he continues to release albums, make films and writes plays. He composed music for the 1992 Winter Olympics.