Who Are Those Gals? - Emma Baron 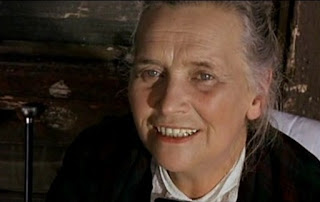 Emma Bardon was born on October 19, 1904 in Treviso, Veneto, Italy. She graduated from the university with a degree in literature and became involved in amateur drama studies with several theater companies before making her stage debut with the Maria Melato Company. She then joined the Marta Abba Company. In 1936 she married a fellow actor by the name of Ennio Cerlesi [1901-1951]. Together they wrote and put together several plays and toured Italy, Europe and abroad in North America. Celesi would later become a screenwriter in the Italian Film Industry. Emma made her film debut in "The Golden Arrow" in 1935 directed by Piero Ballerini. Now using the stage name of Emma Baron she continued in a career that would last over 50 years and appeared in over 80 films until retiring in 1971. She appeared in such well known films as "Four Ways Out" (1951), "Two Women" (1960), and "The Prisoner of the Iron Mask" (1961). By the time the Spaghetti western genre came into vogue she was playing maternal roles and appeared in three Euro-westerns. Emma Baron died in Rome on March 7, 1986 at the age of 81.