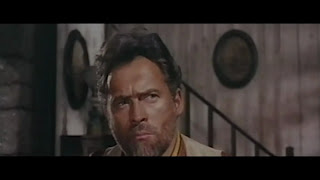 Carl Möhner was born on August 11, 1921 in Vienna, Austria. The respected actor and painter appeared in over 60 films and TV series during his career. In the 1960s he began painting as a hobby and started exhibiting his artwork in Rome, Italy in 1962. Exhibitions followed in Stuttgart and Munich Germany, Vienna and Graz, Austria, Belgrade, Yugoslavia and Milan Italy.
He received auspicious notices in many major European newspapers including the Vatican state newspaper, L'Oservatore Romano where art critic Gualitierio da Via wrote favorably about his artwork. Since he first started painting professionally in Rome, Italy, he received numerous awards. In 1963 Möhner won the Gold Medal in the IX Premio Internationale de Pittura San Vitto Romano. Also in 1963 Carl participated in the "Parables of the Lord" exhibition in Rome, Italy which was blessed by Pope John XXIII. His works are found in some of the best art collections in the world including the Smithsonian Institute in Washington D.C. Mr. Mohner may be best known as an actor for his role in the WWII thriller "Sink the Bismark." He played Captain Lindemann, commander of the feared German battleship. He also starred in one of the best "perfect robbery goes wrong" films, the French crime classic "Rififi." Mr. Möhner also wrote and directed "The Istanbul Adventure." Carl appeared in three Euro-westerns: "The Last Gun" (1964) with Cameron Mitchell, "The Man Who Came to Kill" (1965) with Fernando Sancho and Luis Dávila and "30 Winchesters for El Diablo" (1967) with John Heston. Carl Möhner moved to the United States settling in McAllen, Texas. Here he died on January 10, 2005 from Parkinson’s disease. Today we remember Carl Möhner on what would have been his 90th birthday.