Voices of the Spaghetti Westerns ~ “The Price of Power” 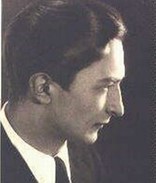 Christian Marschall was born on February 15, 1925. He was a German voice actor who was part of Eberhard Storeck's dubbing stock company. His career started sometime before 1960. From around 1954 he was also used more often for heroes (including Don Taylor, James Garner) for around ten years, for which he lacked the necessary ease. Later he was only heard sporadically in such roles. His specialties were mysterious characters, neurotics, loners, people with manias and megalomania or various quirks. He mastered this congenially in both the serious and the comic profession. He was a frequent German voice of such dignified actors as Christopher Lee (Scars of Dracula and Return of the Musketeers) and Basil Rathbone as Sherlock Holmes. For TV, he dubbed William Schallert and other guests on Star Trek and several of the "Number 2" actors on The Prisoner. Marschall died on November 1, 1999.