Who Are Those Guys? ~ Bob Creese 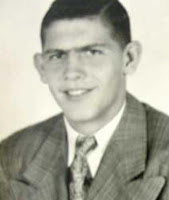 Bob Cresse was born on June 19, 1936 in Sarasota, Florida and was a graduate of University of Florida. Moreover, Bob worked the carnival circuit before eventually moving to Los Angeles, California and getting a job as a bike messenger for MGM. Cresse founded his own production and distribution company Olympic International Films in the early 1960's. Bob not only wrote and produced a handful of lurid low-budget exploitation movies, but also acted in several of these pictures as well. In addition, Cresse developed a notorious reputation for his tough and combative me-against-the-world attitude: Besides his predilection for weapons and Nazi regalia, Cresse also had two full-time bodyguards on his payroll. Bob's exploitation cinema career came to an abrupt halt following in incident in which Bob came across two men beating a woman in front of a store while walking his dog on Hollywood Boulevard. Cresse pulled out a gun and ordered the men to stop beating the woman. One of the men identified himself as a police officer and shot Bob in the stomach as well as shot his dog dead. Cresse spent seven months in the hospital recovering from his injuries. Bob didn't have any health insurance, so his lengthy stay in the hospital depleted most of the money that he had managed to funnel into a Swiss bank account. Cresse died of a heart attack at age 61 on April 6, 1998 in Miami, Florida.