This scene was filmed at Elios Studios, in Rome, Italy. 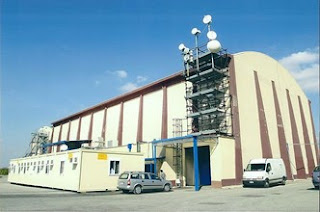