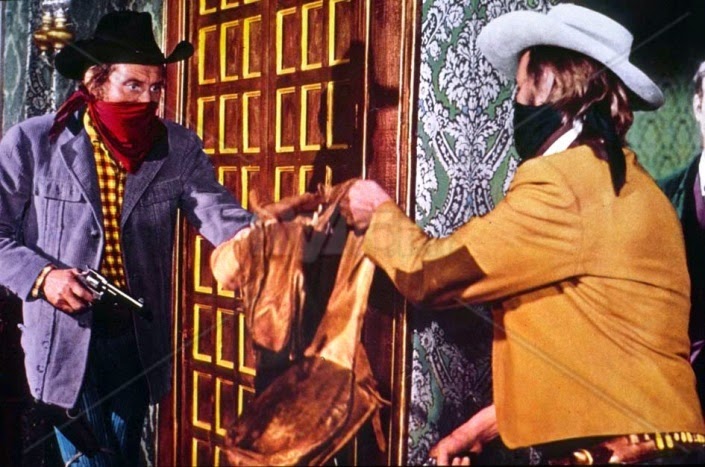 Ten years after the death of his father Roger, which occurred under unclear circumstances, the shy Fred MacAslim arrives just in time to take possession of the ranch he inherited just before it was to be auctioned off by the District Judge.  This makes smoke out of the dreams of Warner, a gentleman interested in the possession of the land on which he knows the railway will pass. In order to get rid of this new intruder, Warner orders his right-hand man Brook to rob the bank and make sure that Fred is blamed. At Fred’s trial, the false evidence seems so real as to induce the judge to pronounce the death sentence.  Before it is executed, Don Diego takes the guise of Zorro, and helps Fred escape. The duo break into the home of Warner to take possession of the evidence of the various crimes he has committed.  Warner and Brook attack the village with all their men, with the intention to erase any evidence against them, but with Zorro in the lead frees the innocent prisoners convicted with false evidence secured by Warner, and defeats the robbers restoring peace in the country.