Who Are Those Guys? - Richard Boone 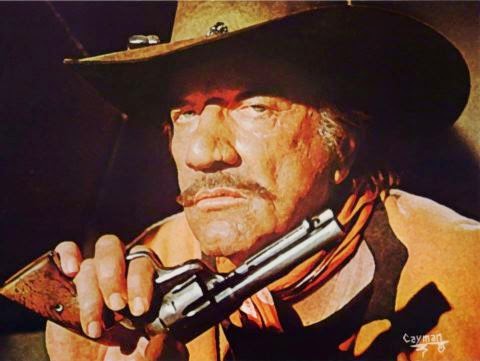 Richard Allen Boone was born in Los Angeles, California on June 18, 1917.  Rough-hewn American leading man Richard Boone was thrust into the cold cruel world when he was expelled from Stanford University, for a minor infraction. He worked as an oil-field laborer, boxer, painter and free-lance writer before settling upon acting as a profession. After serving in World War II, Boone used his GI Bill to finance his theatrical training at the Actors' Studio, making his belated Broadway debut at age 31, playing Jason in Judith Anderson's production of Medea. Signed to a 20th Century-Fox contract in 1951, Boone was given good billing in his first feature, “Halls of Montezuma”; among his Fox assignments was the brief but telling role of Pontius Pilate in “The Robe” (1953). Boone launched the TV-star phase of his career in the weekly semi-anthology ‘Medic’, playing Dr. Konrad Steiner. From 1957 through 1963, Boone portrayed Paladin, erudite western soldier of fortune, on the popular western series “Have Gun - Will Travel”. He directed several episodes of this series. Boone tackled a daring TV assignment in 1963, when in collaboration with playwright Clifford Odets, he appeared in the TV anthology series “The Richard Boone Show”. Unique among filmed dramatic programs, Boone's series featured a cast of eleven regulars (including Harry Morgan, Robert Blake, Jeanette Nolan, Bethel Leslie and Boone himself), who appeared in repertory, essaying different parts of varying sizes each week. “The Richard Boone Show” failed to catch on, and Boone went back to films. In 1972 he starred in another western series, this one produced by his old friend Jack Webb: “Hec Ramsey”, the saga of an old-fashioned sheriff coping with an increasingly industrialized West. In the last year of his life, Boone was appointed Florida's cultural ambassador. Richard Boone died at age 65 of throat cancer on January 10, 1981 in St. Augustine, Florida. ~ Hal Erickson