Who Are Those Guys? - Luigi Bonos 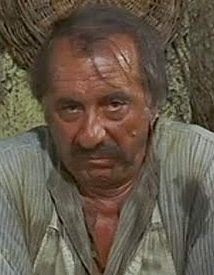 He is often remembered for his presence in films with Bud Spencer and Terence Hill where his acting, albeit marginally, remains significant.

Among the most significant films shot with the famous actor, is his role of Deputy Allen in “Uno sceriffo extraterrestre... poco extra e molto terrestre” (E.T. and the Sheriff) (1979), a marine mechanic in “Uppercut” (1978) and as Ozgur the cantina owner forced to endure bullying customers in “They Call Me Trinity” (1970), among his other best-known films as a supporting and character actor may be remembered the sympathetic role of Dr. Schnautzer in “L'esorciccio” (The Exorcist Italian Style), alongside Ciccio Ingrassia and Lino Banfi. Often credited as Gigi Bonos, he appeared in 72 films between 1945 and 1992.